"Maybe the ultimate wound is the one that makes you miss the war you got in."
- Sebastian Junger 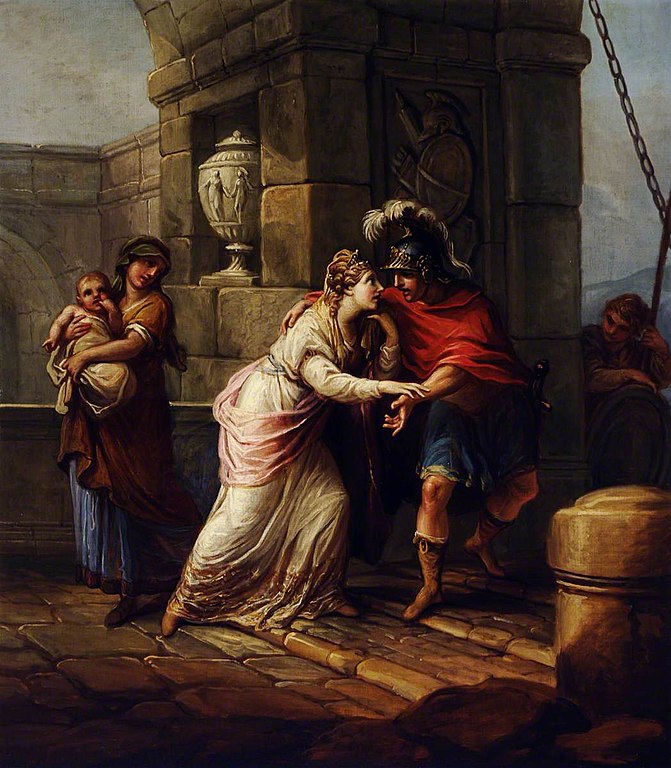 There are numerous classical renditions of Hector taking his final leave of Andromache. All the way from contemporary pottery, up through the Rennaissance, Boroque, Classical, Romantic, and even Modern eras. But from what I've found, this rendition by Antonio Zucchi in the 1700s is likely the most accurate, by my assessment. Most depict what you typically see in classically themed art: over-romanticized symbolism and a far cry from authentic emotional reality. This one, however, seems to call it for what it was. Hector literally has one foot out the door to answer his calling [read: addiction] while trying to reason and sooth Andromache who is clutching his wrist, pleading with him not to go. What is thematic throughout all these paintings is the maid with their baby, and Paris with the spear and shield. Paris was the boy-prince who would/could not fight his own fight that he, himself started. The baby is more than just a baby, but rather a symbol of everything Hector denies and leaves behind when exiting Troy's great walls. It was a fool's errand that Hector could not say no to. Achilles would later drag his corpse behind a chariot, parading it in front of the wall for Andromache and Paris to see. 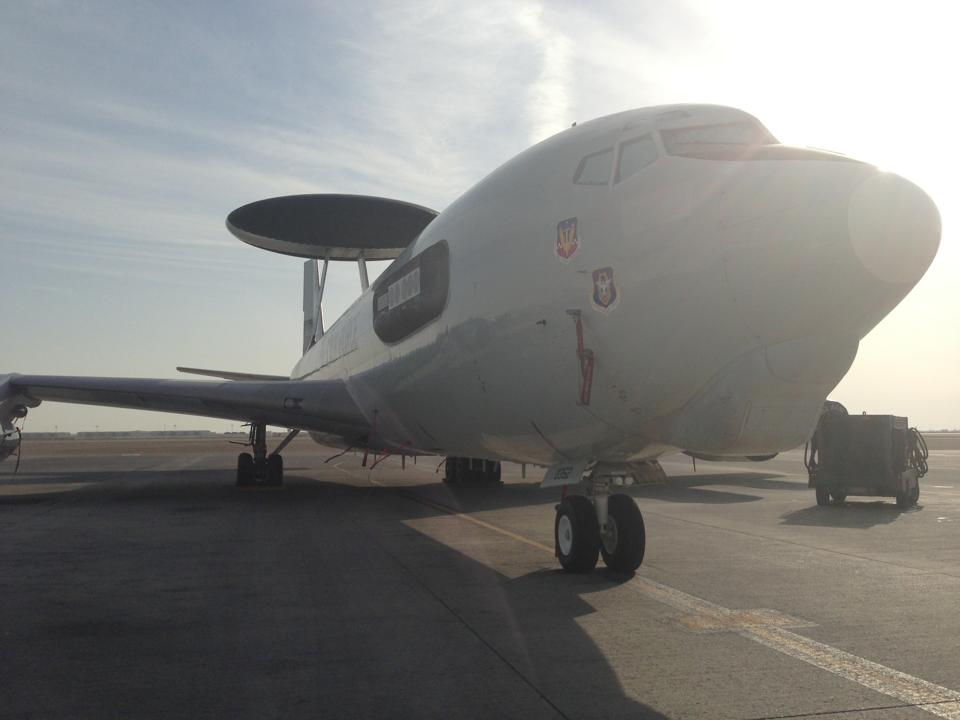 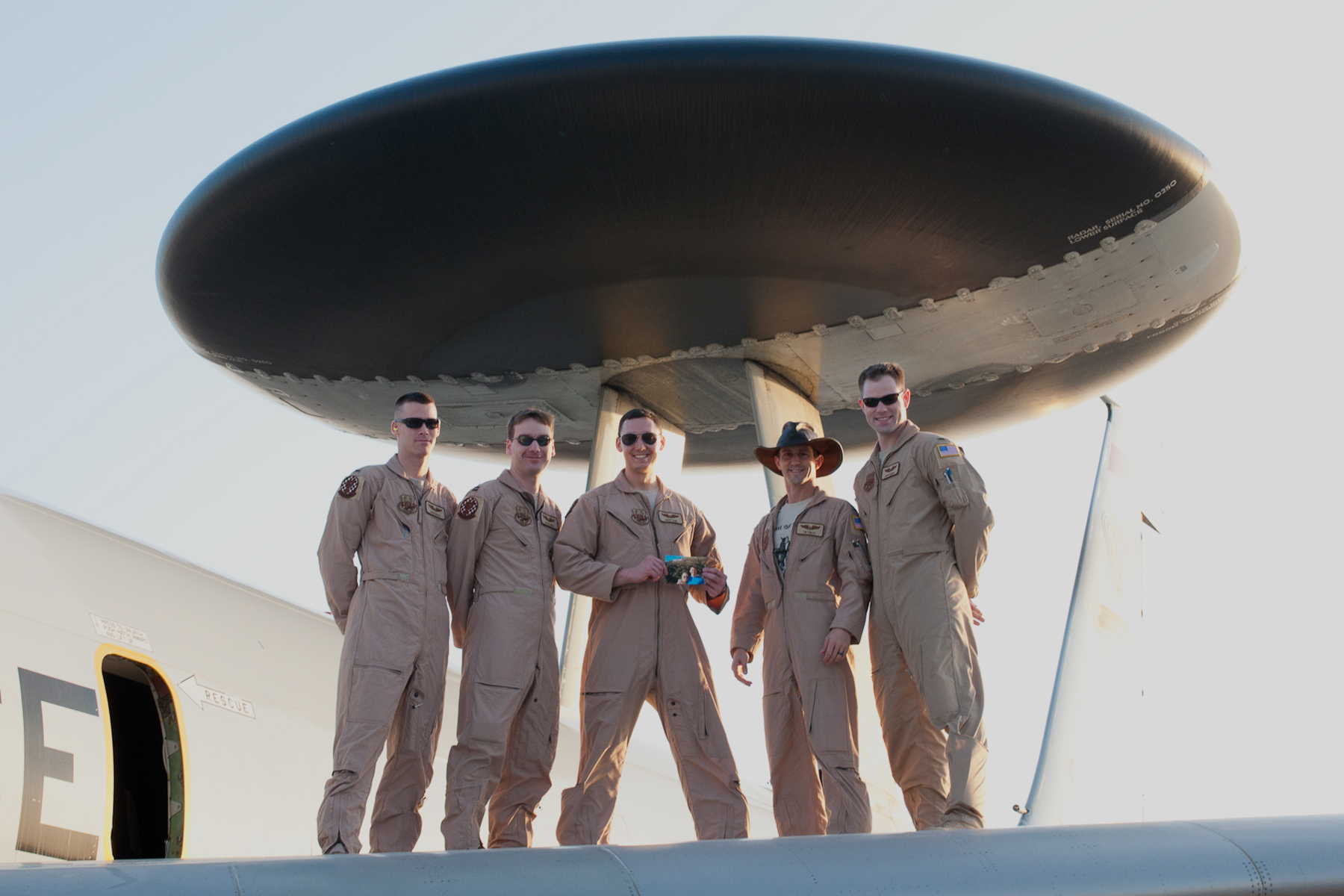 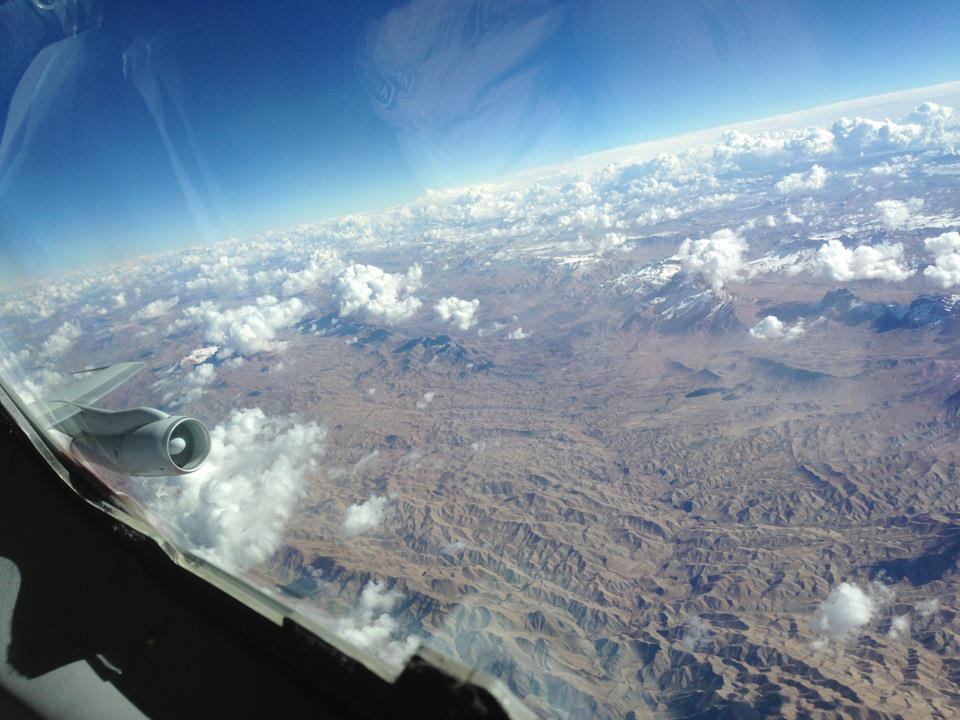 At the beginning of the deployment, Missi sent me a 1-gallon ziplock with grass seed from back home and about 15 pounds of horse shit in ziplocks. Not kidding. And labled it as "candy." I used that as planting soil/fertilizer along with a bag of potting soil that a local US contractor picked up for me in town. Surpise, there's no dirt in the desert. The first box was floppy cardboard and began falling apart and rotting. So, I took a hammer and meticulously pulled apart a wood pallet, even blacksmithing the nails back straight. I pieced it back together to create a tray with an indoor-outdoor carpeting base and filled in the box with the soil/shit mixture. Before Xmas, Missi mailed me a mini-tree with ornaments. It wouldn't grow for the longest time. Then one day, it just sprouted and BAM. Lawn. People all over the base would come to the "AWACS Lawn" and stand barefoot on it. I mowed it with scissors. 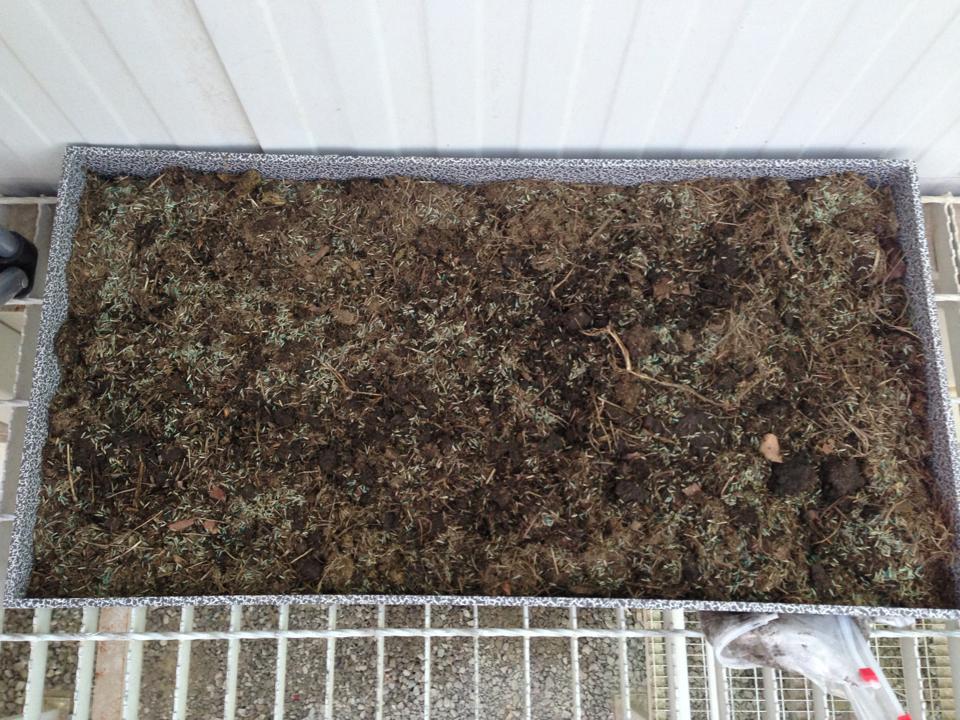 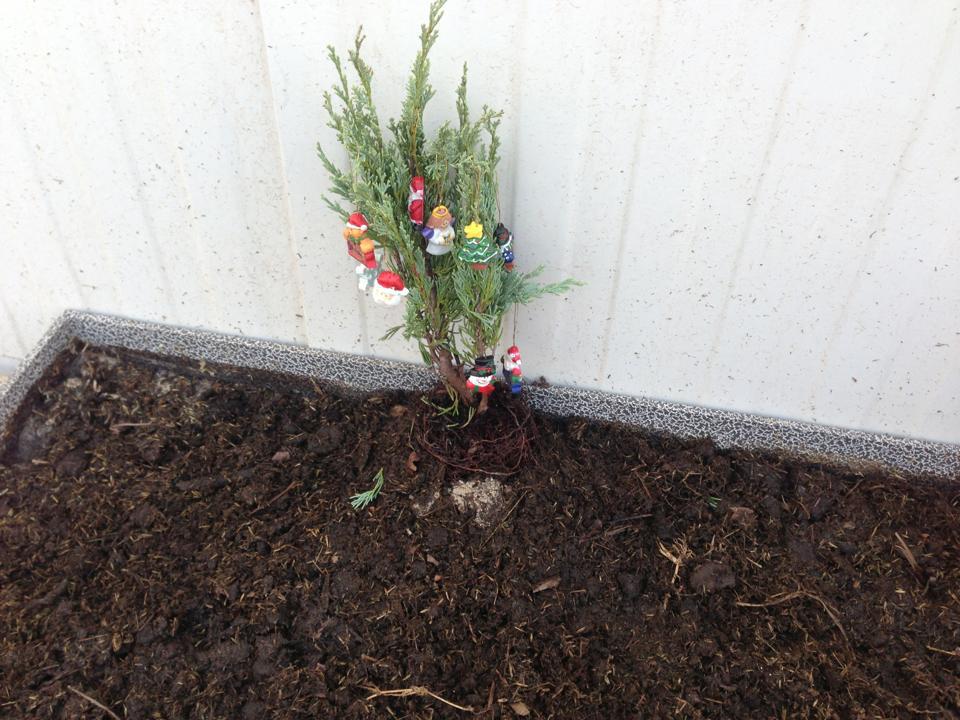 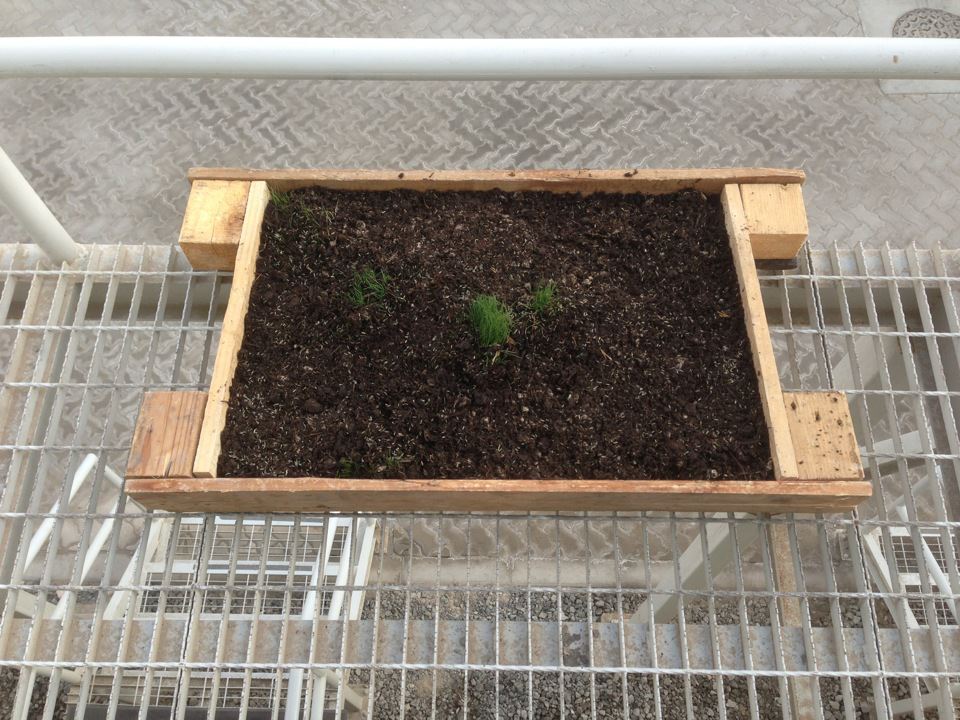 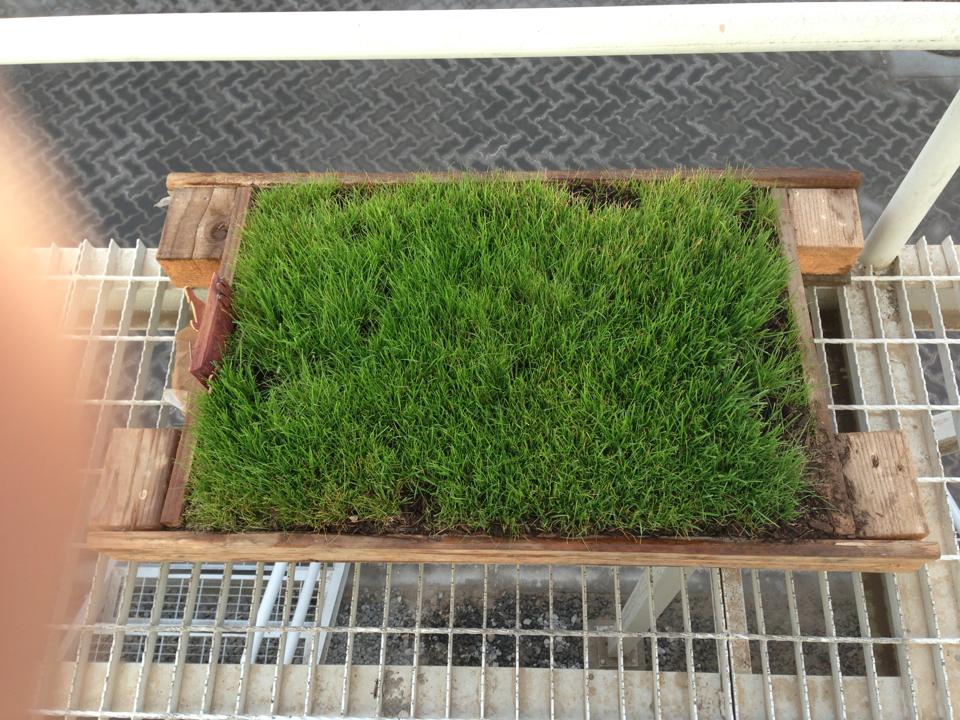 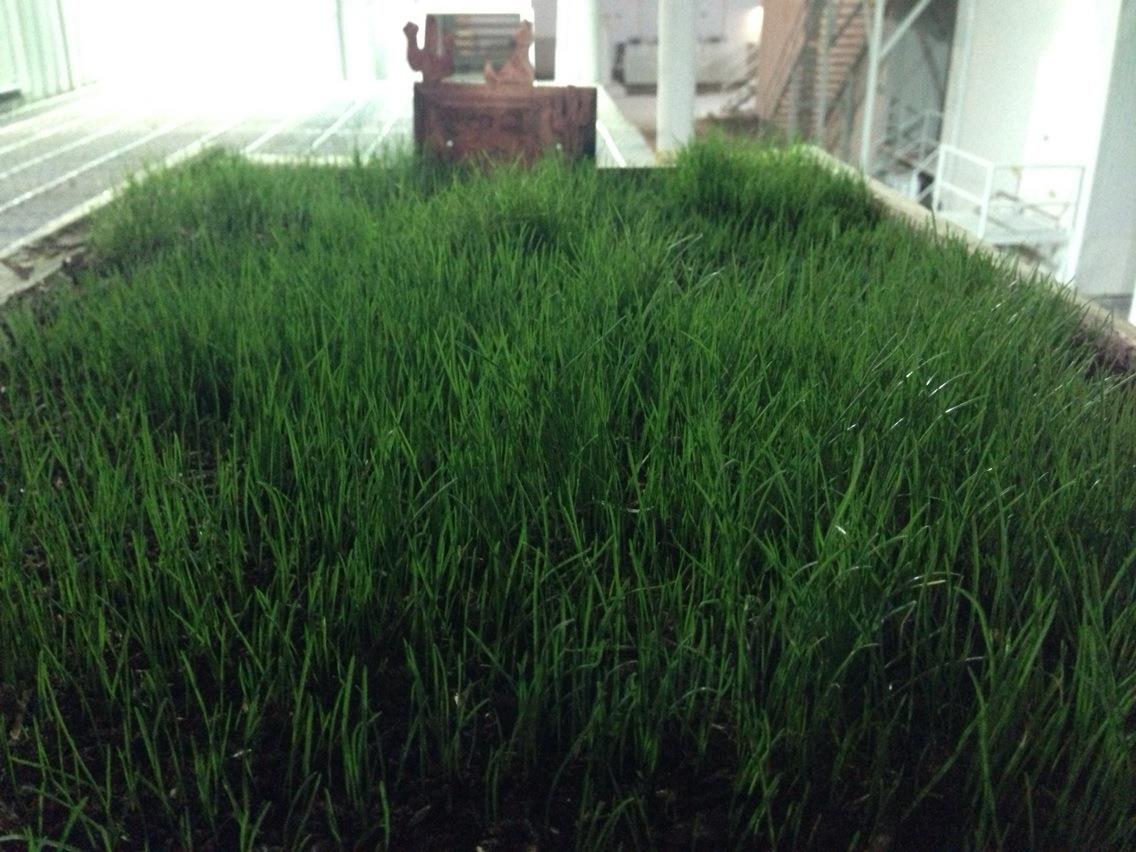 General shenanigans on base. Most of these photos are from the Thirsty Camel. While there, we had Peyton Manning, Curt Schilling, Vincent Jackson, Tops in Blue, The Harlem Globetrotters, and my absolute once-in-a-lifetime experience: front row to Art and the gang for Everclear. Not a bad gig. Lost most of my photos over the years, Had to scrounge for the few I have. 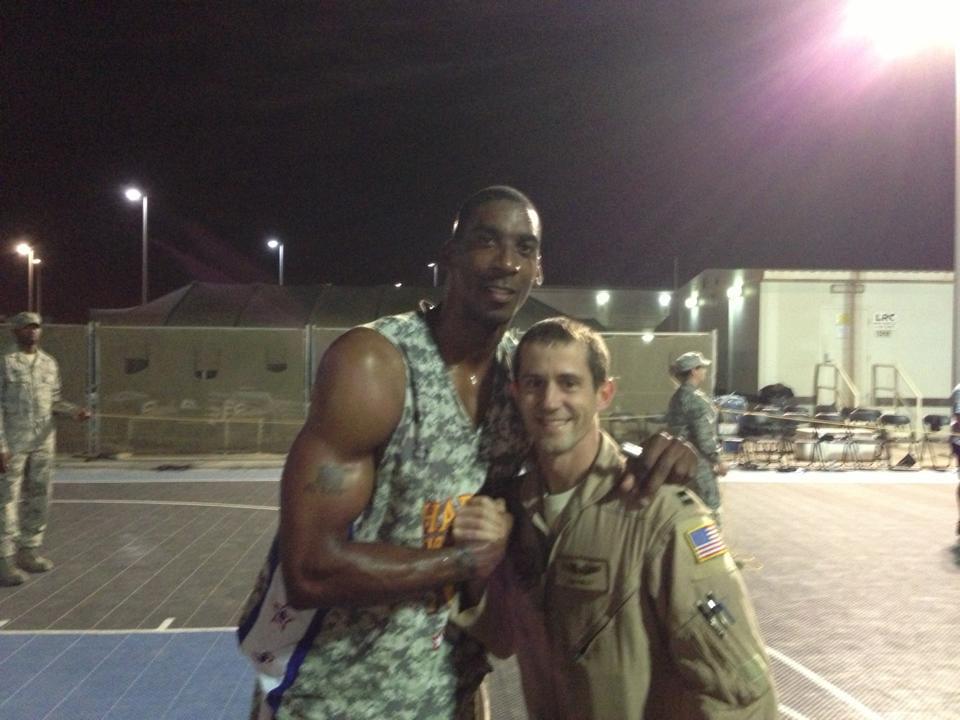 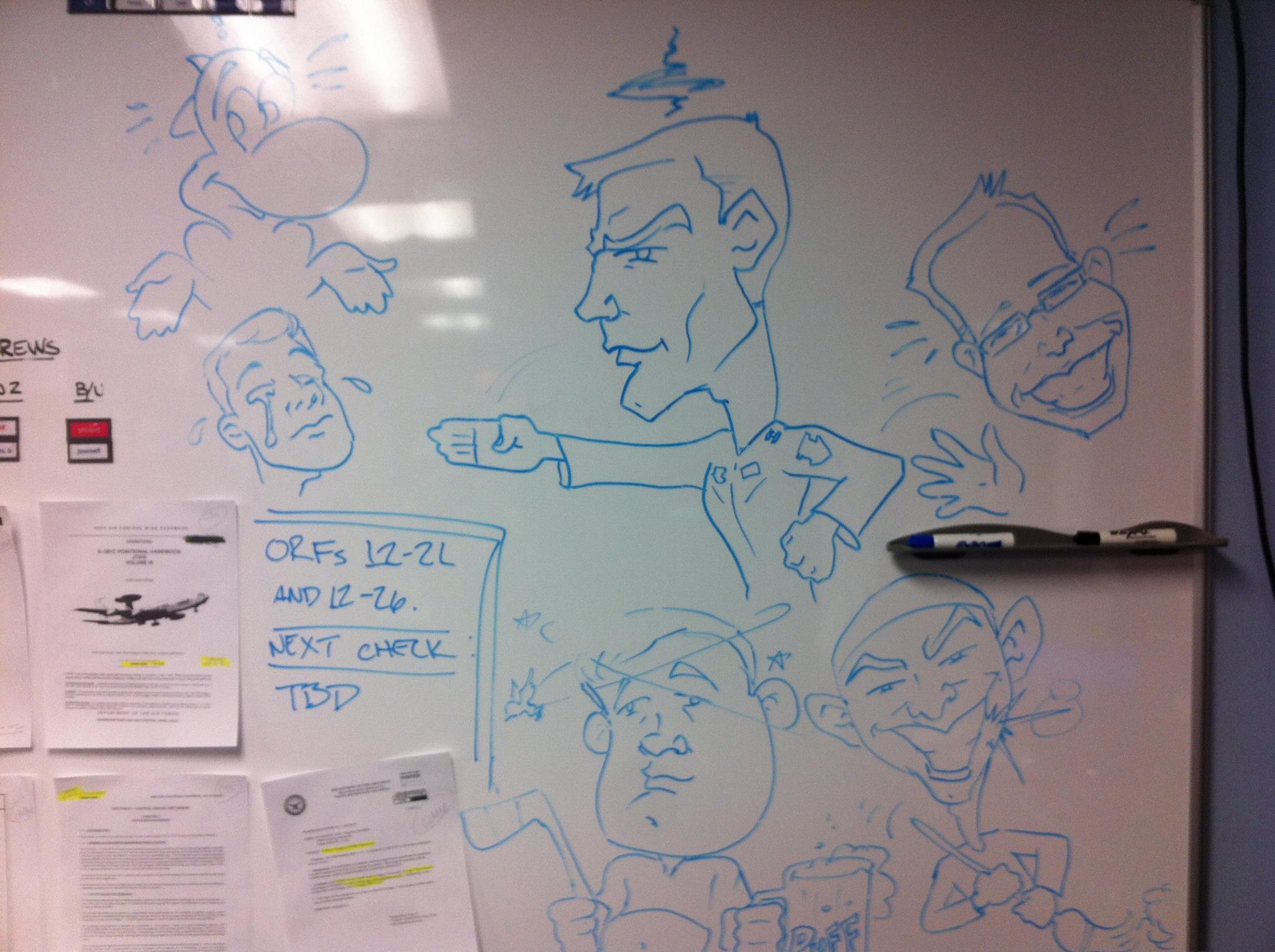 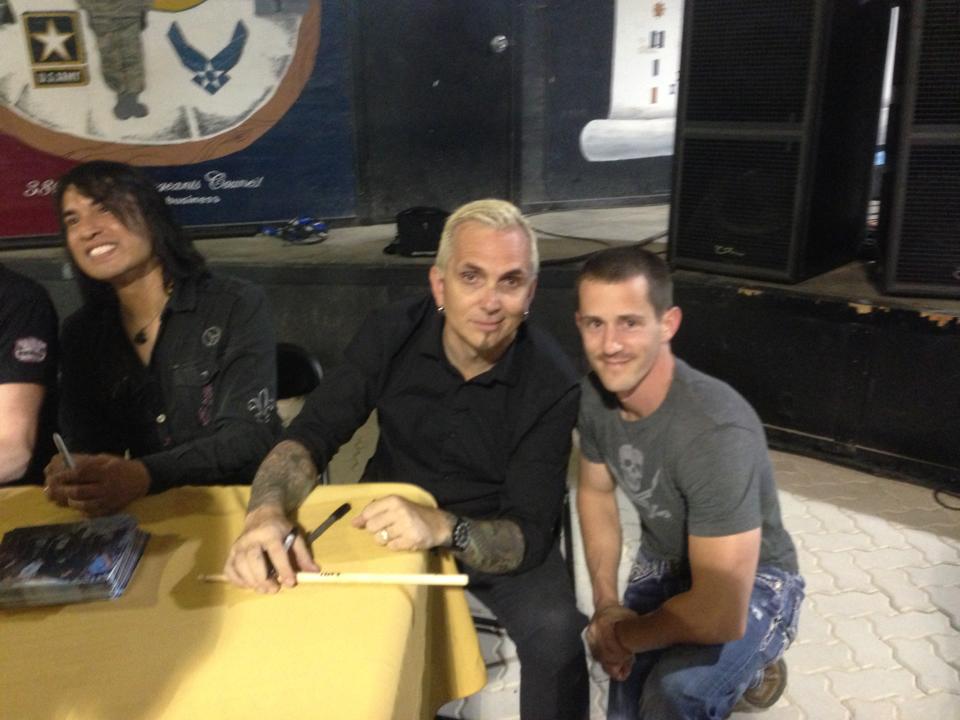 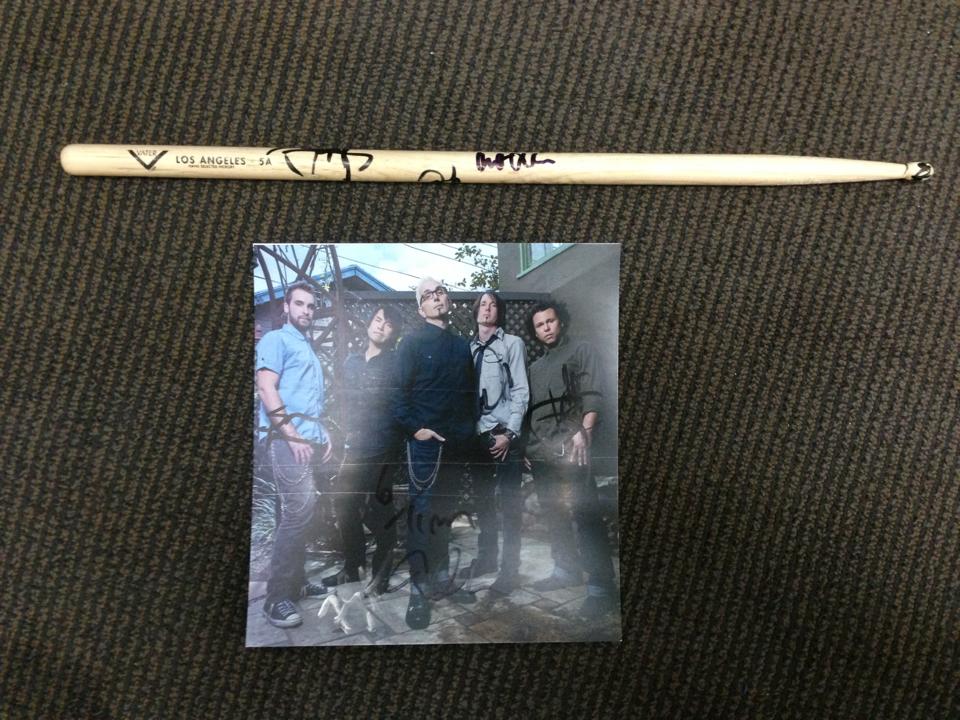 "If he's healthy enough to do that, might as well put him in race training and see what he does." - Missi, 2013